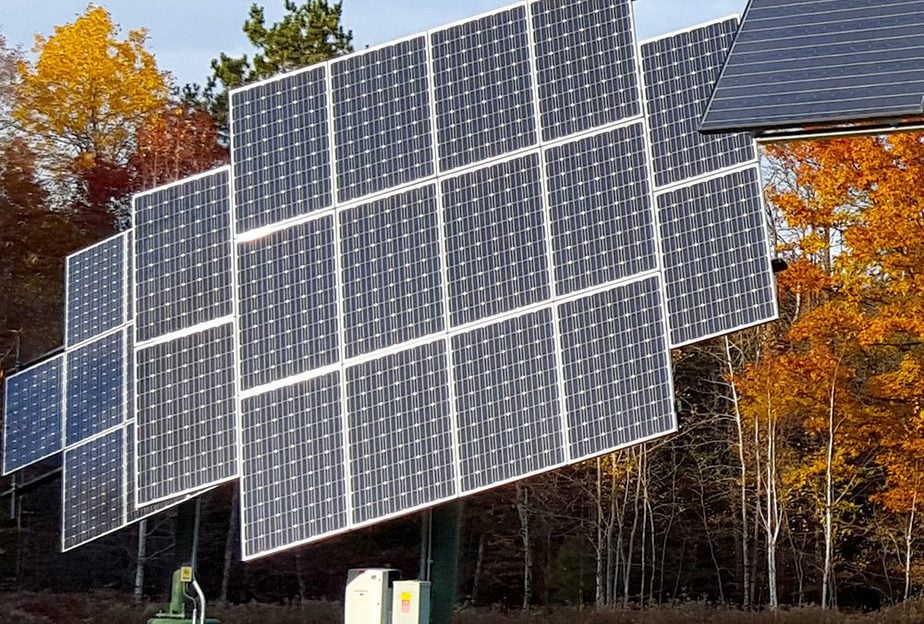 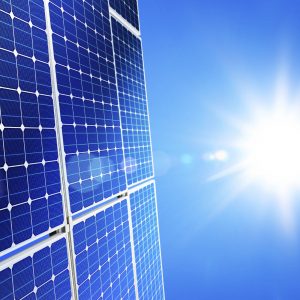 Since our first installation of photovoltaic (PV) technology here at the Center in 2005, we have continually expanded and improved our energy efficiency measures and renewable energy systems in our commitment to reducing our carbon footprint, demonstrating a carbon-neutral lifestyle and modeling renewable energy technologies.  As of 2012, we have a 31.5 kw solar photovoltaic system consisting of 9 dual tracking arrays.

The electricity produced by our PV arrays is tied into our electric grid and is supplies power for Crosby Lodge. Combined, our PV arrays produce an average of about 52 megawatts (MW) annually. According to the U.S. Department of Energy, in 2011 the average U.S. home consumed 11,28 kW, or 11.28 MW, annually. Therefore, these three arrays produce enough energy to power about 4.6 typical American households.

Based on EPC emissions estimates, producing the same amount of electricity from coal annually emits about 117,000 pounds of carbon dioxide, 676 pounds of sulfur dioxide and 311 pounds of nitrogen oxide. Preventing this much carbon dioxide from being released to the atmosphere is equivalent to adding 2,400 mature trees to our forests.

Our first installation of photovoltaic (PV) technology here at the Center was 3 solar arrays (towers) in 2005. The acquisition of these arrays was made possible through funding received from the Department of Housing & Urban Development and East Central Energy. Solar rebates from the State of Minnesota were also utilized to help offset the purchase of these arrays for this initial installation.

Each of the solar arrays in this initial installation is composed of sixteen PV panels. Each individual PV panel measures 31” x 63”, weighs 33 pounds and generates 175 watts (W) per hour (during sunlight hours). Therefore, each array generates 2,800 W/hr or 2.8 kWH, and in combination, three of these arrays produce 8.4 kWH. Our solar arrays have motors that allow them to track the path of the sun as it moves across the sky to achieve the optimum angle possible for electricity production. This tracking ability increases the efficiency of our arrays up to 33% and is an important feature in areas with less than optimal sunlight intensity, such as Minnesota.

In 2011, a second phase of PV arrays was installed, made possible through funding received from the US Department of Energy (DOE). This 23.1 kW expansion of our solar energy capacity was designed by Innovative Power Systems (St. Paul, MN) and installed by Blue Horizon Energy (Eden Prairie, MN). This second PV system added six dual-tracking PV arrays, each with sixteen 240-watt Samsung® panels.

These arrays differ from our first three arrays (above) not only in efficiency and greater capacity, but also in their sun tracking ability — they allow more accurate alignment as the Sun’s position shifts with the seasons. The tracking motors in this system also have better cold-weather mechanisms that prevent malfunction in extreme cold temperature. 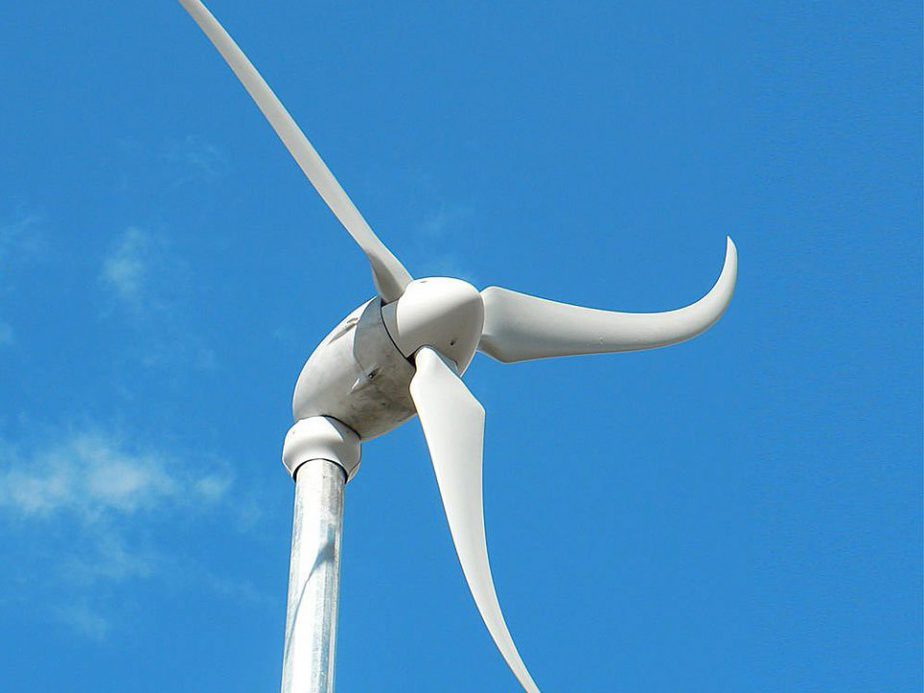 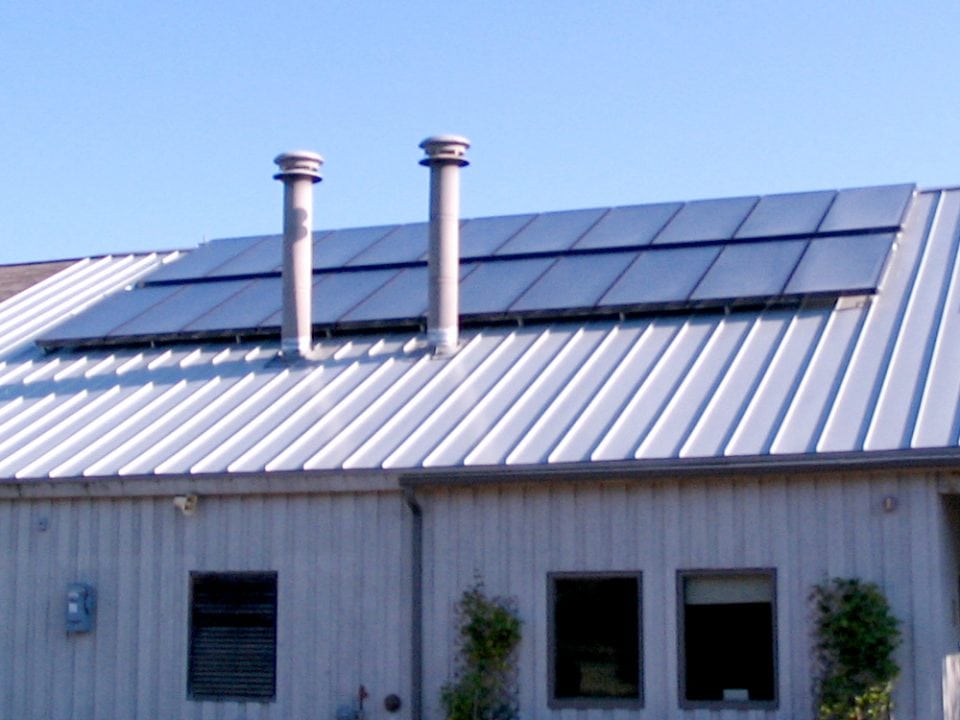 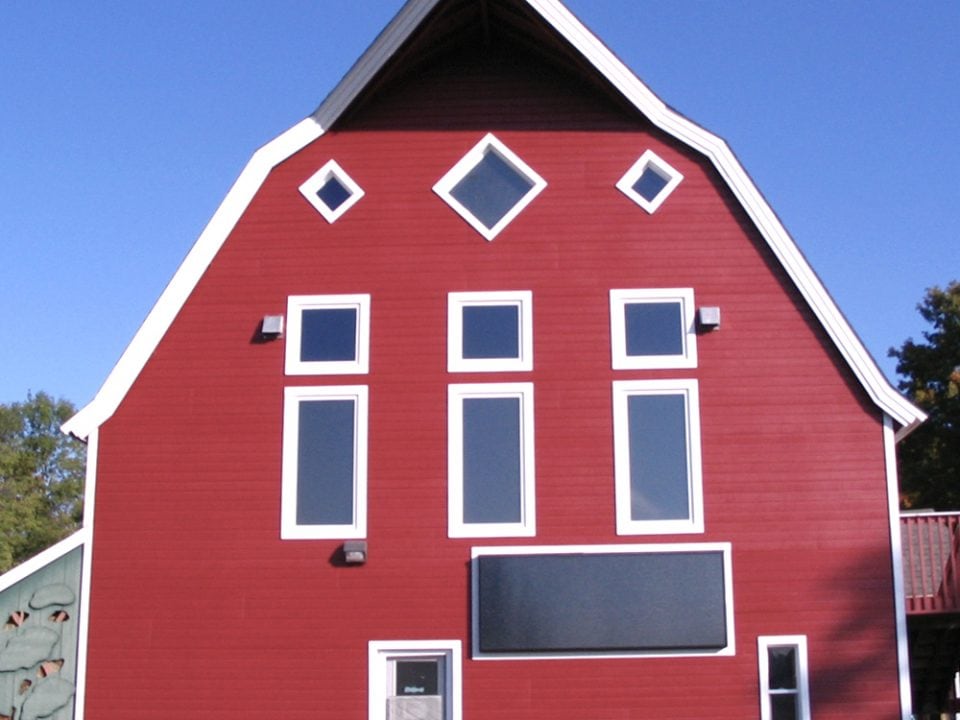