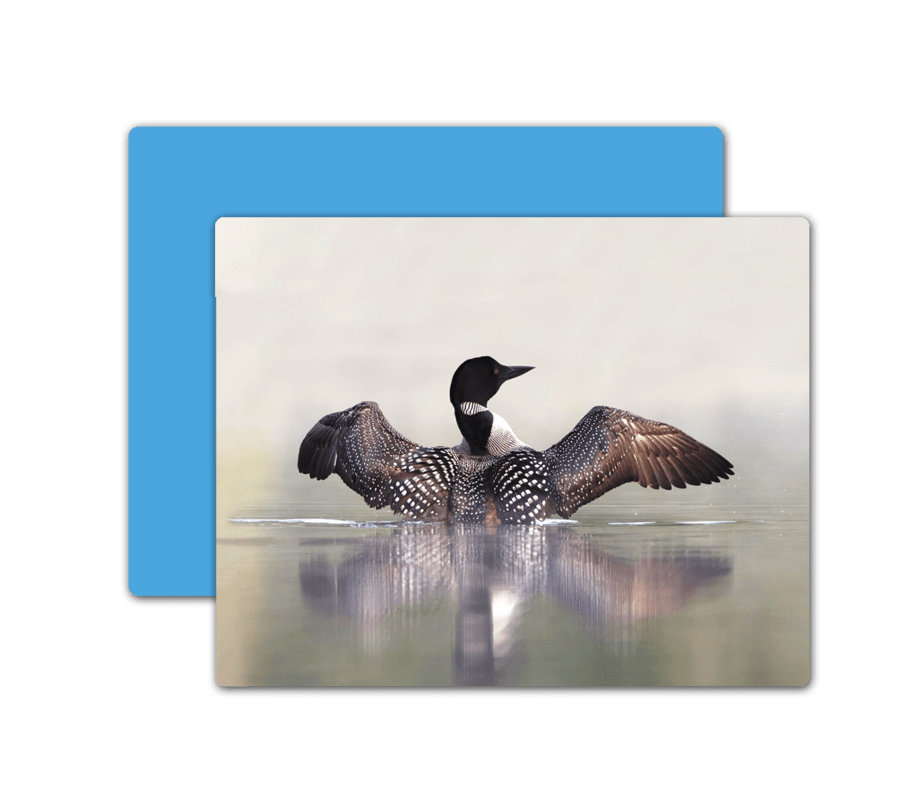 Osprey Wilds is located on the eastern shore of pristine Grindstone Lake in Pine County (about 5 miles west of Sandstone, MN). One of the more unusual lakes in Minnesota, it is a long, narrow, incredibly deep, spring-fed lake, one of the few in the lower half of the state. It has several deep holes that exceed 100 feet; the deepest is 153 feet. At 528 acres, this large freshwater lake is roughly oval shaped, being approximately 2 miles in length north to south and 0.5 miles east to west.

Grindstone Lake is considered the headwater for the Grindstone River. The lake’s name is a translation from the Ojibwe zhiigwanaabikokaa-zaaga’igan (lake abundant with grind stones). Sandstone taken from near the lake was used to make sharpening stones.

Considered an oligotrophic lake, Grindstone has enough oxygen in its deep cold waters to support coldwater species such as trout as well as cool and warmwater species such as bass, panfish, and northern pike. There is a public access is located on an inlet on the north side of the lake. 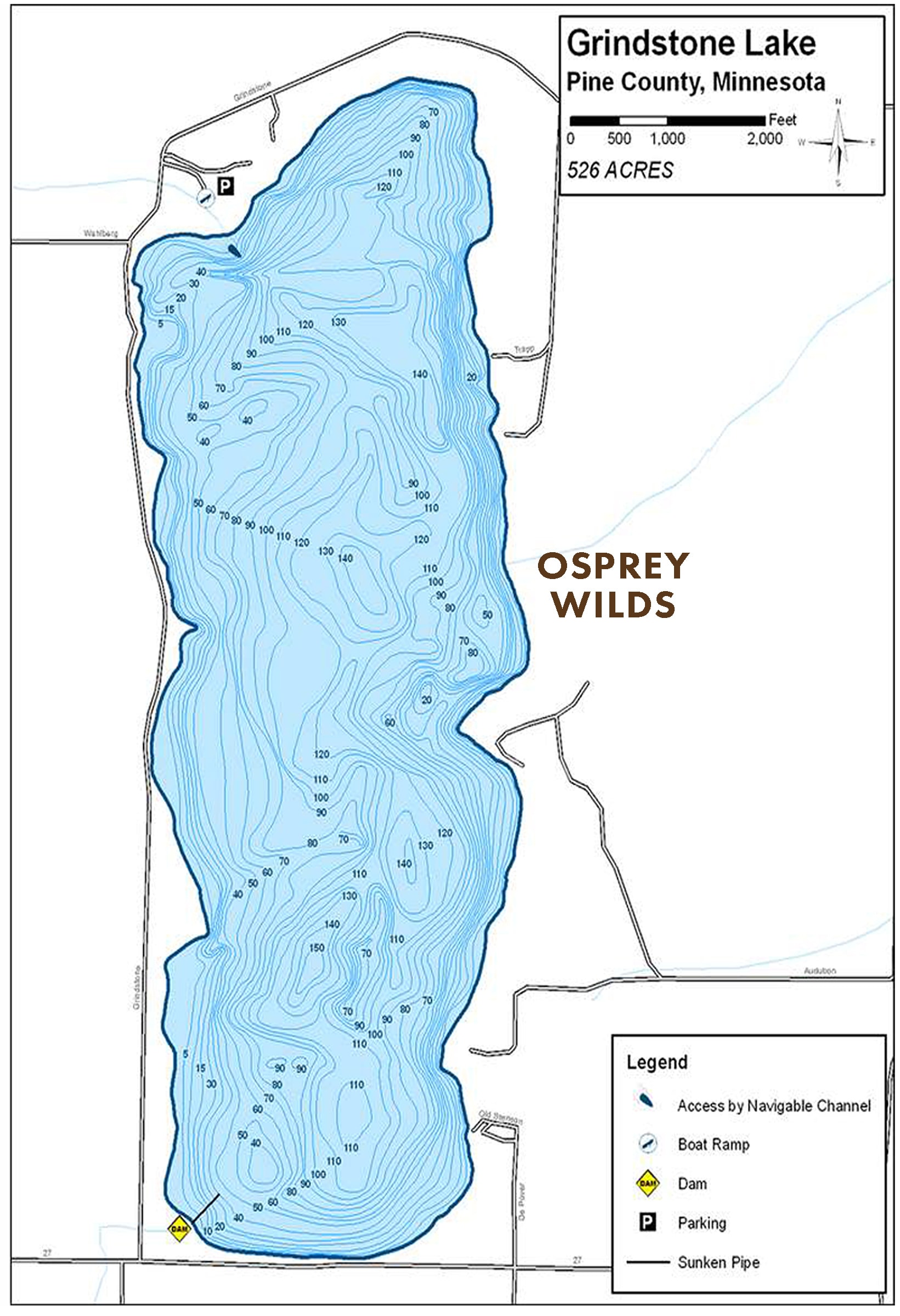